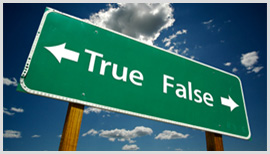 A polygraph is the same as lie detector test. It is a very favourable and popular service provided by our Private Investigators UK. It is a very sensitive service and that’s why it is generally carried out at the venue of the client’s choice where he or she feels comfortable. The test can be served either in the home of the client or in the hotel room according to the demand of the client. It is a very good means to prove your innocence to others.

All our lie detector test examiners are highly experienced and they are active members of the British and European Polygraph Association. Our private investigators are all highly educated and have impeccable good manners. Our private detectives in UK are very adept in the demands of the clients. Our private investigators use modern equipment and they perform the whole matter very earnestly for the best outcomes. They can perform the test tactfully as it is highly sensitive. We put your mind at rest by answering all your questions such as: How do polygraphs work? How long does the test last? How much does the test last?

So, call Private Investigators UK now to locate out the truth. You’ll get 25 years’ experience and can get the most effective UK Private Detectives operating for you.

Nonetheless sensitive or complicated your circumstance, we can be of assistance.

A poor house cleaner paid a visit to our UK private agency office. She was very upset and disappointed for a serious accusation. Her employer who was a rich lady accused her of theft. She was accused of stealing money and other small valuable toys from the house where he worked as a cleaner. The lady denied the accusation but the owner fired her from the work and threatened her to impose penalties for her deeds through law and court. The house cleaner was very afraid of the accusation and she feared that she might not get any jobs for the accusation. She wanted to prove her innocence and wished to get mental ease from this burden. She wished to have a lie detector test as she heard about it from our former client.

Our private detectives in UK assured her the best result as she demanded that she was innocent and didn’t know anything about the theft. Our experienced private investigators also told her about the limitation of the test that the court would not receive the result. She consented to it as she wanted mental satisfaction. After connecting the woman to the polygraph machine, our private investigators in UK asked directly about the accusation and her job. The test showed that the woman was completely innocent. She became very happy to see the result.

Our friendly UK detectives contacted the owner of the house cleaner and informed about the result. The employer was a lady and she became very pleased to see the result and our private investigators found out that the lady’s boy actually stole the money and sold the valuable toys as he is addicted to drugs. The employer understood her mistake and again appointed the house cleaner to her former job. The owner and the cleaner wished good luck to our private investigators for their services.